Indy Lights Presented by Cooper Tires is the final step of the Mazda Road to Indy Presented by Cooper Tires – a progression of series leading to the Verizon IndyCar Series (the AAA series of the minors to IndyCar as the majors in baseball terms). Each year, the Indy Lights champion is awarded a scholarship to use toward IndyCar which guarantees competing in three races including the Indianapolis 500 the following season. The season is a blend of five road courses, two street circuits and three ovals with six doubleheader rounds. All events are in support of the Verizon IndyCar Series with the crown jewel of the season being the Freedom 100 which occurs on Carb Day in May on the famed Indianapolis Motor Speedway oval.

Learn more about the series 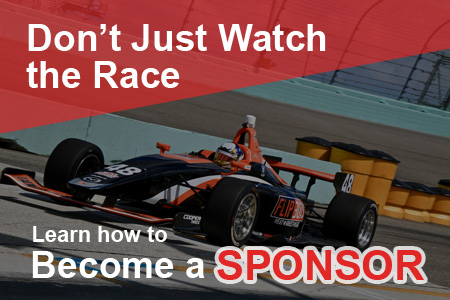